I admit, I was not sure nDreams was able to fire his ambitions for Phantom: Covert Ops.

For years, the UK-based VR developer, one of the first brave / crazy enough to devote himself exclusively to the platform, seemed to zigzag from quasi missile to miss much wider. The Assembly was an adventure of good humor felt old before its time, and Shooty Fruity provided sympathetic murder production entertainment as long as it seemed to last. The least said Dangerous goat, the best. Almost a decade after its first virtual reality experiences, it seems that the studio has not built the reputation it was looking for so long ago.

Consider this cautiously optimistic speculation, then: Phantom: Covert Ops could simply navigate this line and continue swimming (or rather paddling). It happens on Oculus Quest and Crevasse June 25.

Whenever I play Phantom, I come back more convinced that we not only have a modestly new and entertaining approach to VR stealth here, but a real contender for the best entry of its kind to date. You probably know by now that the whole game puts players in a kayak, which they steer through a hostile Cold War shipyard overrun by a mad Russian separatist. You will sneak in from level to level, sabotaging important equipment which, luckily, is right on the water. It sounds silly, and if you stop for too long, you’d find enough holes in the practicality of the concept to sink an armored fighter helicopter. But this is not really the goal.

Point East that when you step into the world of Phantom, there are considerably fewer barriers to immersion than you will find in almost any other VR game. It’s something you’ll hear us come home again and again as the game launches on June 25. When we play Half-life: Alyx, The Walking Dead: Saints & Sinners, or any other well-regarded VR title, we constantly suspend our disbelief, accepting revolutionary concessions to movement or interaction in order to get a “full” VR gaming experience. With Phantom, this doesn’t happen nearly as much. 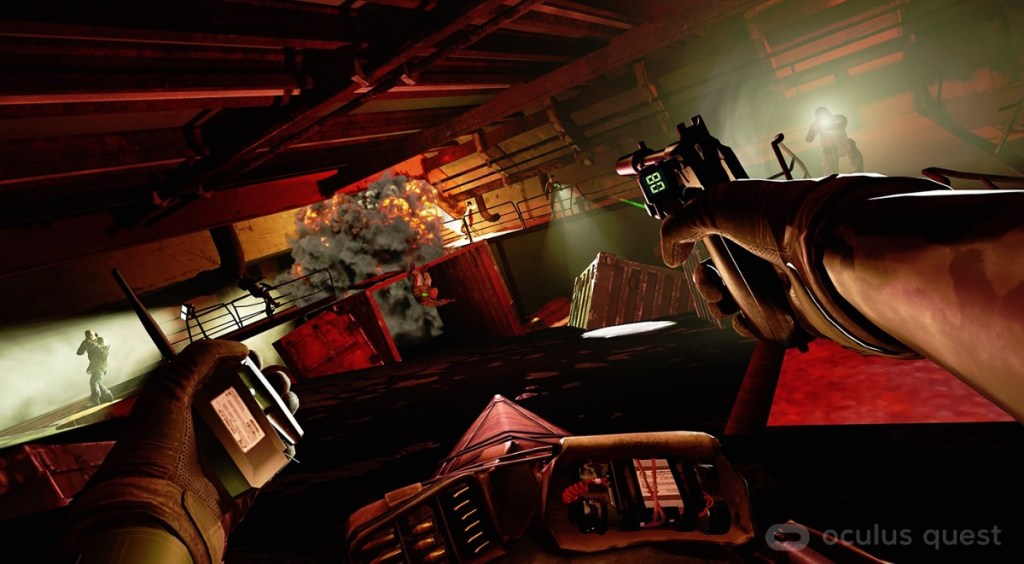 Sit in a chair and use the motion controls to paddle through the reeds, grab an end of a paddle to push yourself out of a wall, or grab a side and get into position – all of this is clearly convincing in a way that we don’t normally experience. It’s both authentic and intuitive, offering truly human movement, mostly without the strange disconnect that comes from moving your virtual self while your real self stays in one place. I’m only saying mainly because I don’t think the contrast will disappear completely in any VR game for current systems, but it has certainly decreased here. Plus, constant paddling is, quite rightly, a bit of a practice.

There are also other means of movement that you could not expect the game to take into account. You can strafe by pulling your paddle away from you, for example, and you can refine turns by keeping one side in the water while you are drifting. There is at least some degree of simulation here, although the game does occasionally make smart cuts in the name of accessibility, like holding a button for tight turns.

No more magic backpacks and incredibly deep inventory systems. Each pack of weapons, handguns and ammunition receives a house on you or on the kayak itself. Your long-range rifle rests on one side but, if you are suddenly discovered, an instinctive range for your chest will invoke a pistol to silence anyone trying to set off an alarm. 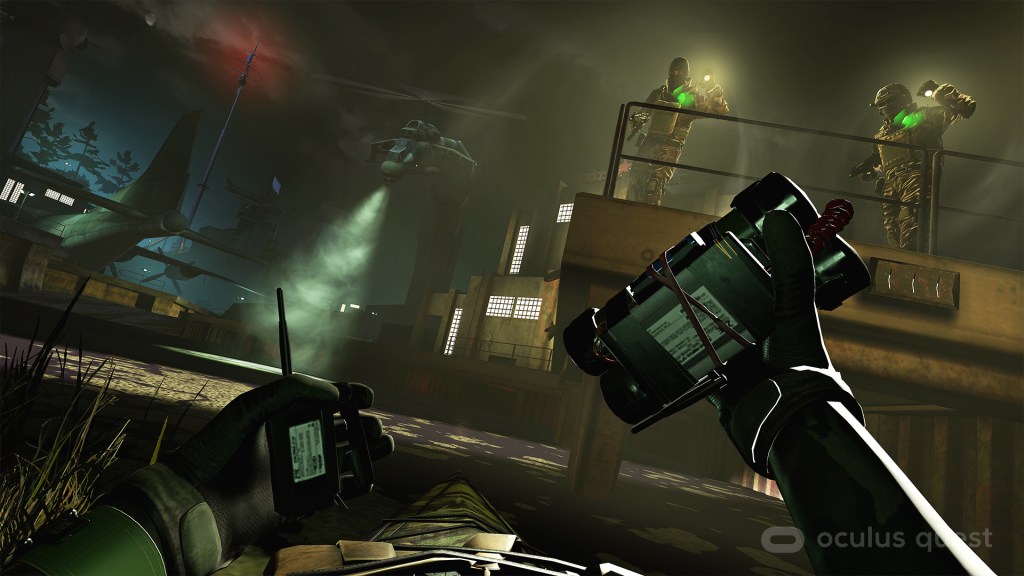 AI is one of the big drawbacks of being immersed in many stealth virtual reality games. Enemies are great at sticking to patrol routes and finding your way around, but once they do, things tend to go a little bad. With Phantom, the barrier between you and your enemies, as well as the thought systems in place, make this less of a problem. Enemies are scattered across island platforms and walkways, preventing them from pursuing.

In addition to that, the game gives you the indicators you need to stay hidden. An integrated interface in your kayak will let you know when you are obscured or exposed, and the radar flashes yellow and red cones when enemies are suspicious or aware of your presence. Small ideas like this help reduce much of the confusion.

It is also important to highlight Phantom’s excellent work in environmental design. On the first level, you progress from marshy swamps with forgotten wrecks and ruined landscapes dotting the water’s edge. Slowly but surely, you make your way behind enemy lines, and the brutalist architecture is becoming more and more apparent. We will be interested to see how this element evolves to inject some variety as you explore the base further during the game.

But this is only one side of Phantom. Immersion is one thing, compelling gameplay is another, but based on the few hours I spent with the opening levels of the game, I am quite encouraged that it will continue where others do not. don’t have. Either way, Phantom: Covert Ops has already proven to be one of the most immersive VR experiences we will see this year. Just keep your fingers crossed, it’s also one of the best.